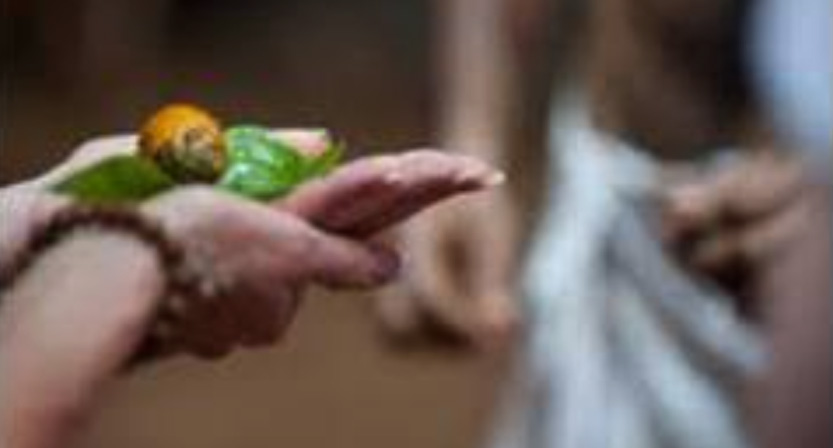 Pradeep follows the age old tradition of ‘Guru Dakshina’ prevalent in India. ‘Gurudakshina’ refers to the tradition of repaying one’s teacher or guru after a period of study or the completion of formal education, or to spiritual guide. This tradition is one of acknowledgment, respect, and thanks. It is a form of reciprocity and exchange between student and teacher. The repayment is not exclusively monetary and may be a special task the teacher wants the student to accomplish.

‘Guru Dakshina’ emanates from the ‘Guru Shishya’ concept in India. This tradition or parampara, denotes a succession of teachers and disciples in traditional Indian culture and religions such as Hinduism, Jainism and Buddhism. It is the tradition of spiritual relationship and mentoring where teachings are transmitted from a guru “teacher” (Sanskrit: गुरु) to a śiṣya “disciple” (Sanskrit: शिष्य) or chela. Such knowledge, whether it be Vedic, agamic, architectural, musical or spiritual, is imparted through the developing relationship between the
guru and the disciple. It is considered that this relationship, based on the genuineness of the guru, and the respect, commitment, devotion and obedience of the student, is the best way for subtle or advanced knowledge to be conveyed. The student eventually masters the knowledge that the guru embodies.

A Guru does not expect any benefit from sharing his knowledge and wisdom with the student. In other words, there is no dependency between the teacher and the student. He does it from his heart. In a reciprocal manner, the student is free to offer whatever his/her heart desires, after the study is over, based upon the perceived value or benefit.

Copyright © 2020 tantien.org All Rights Reserved. Design and Developed by webgensis